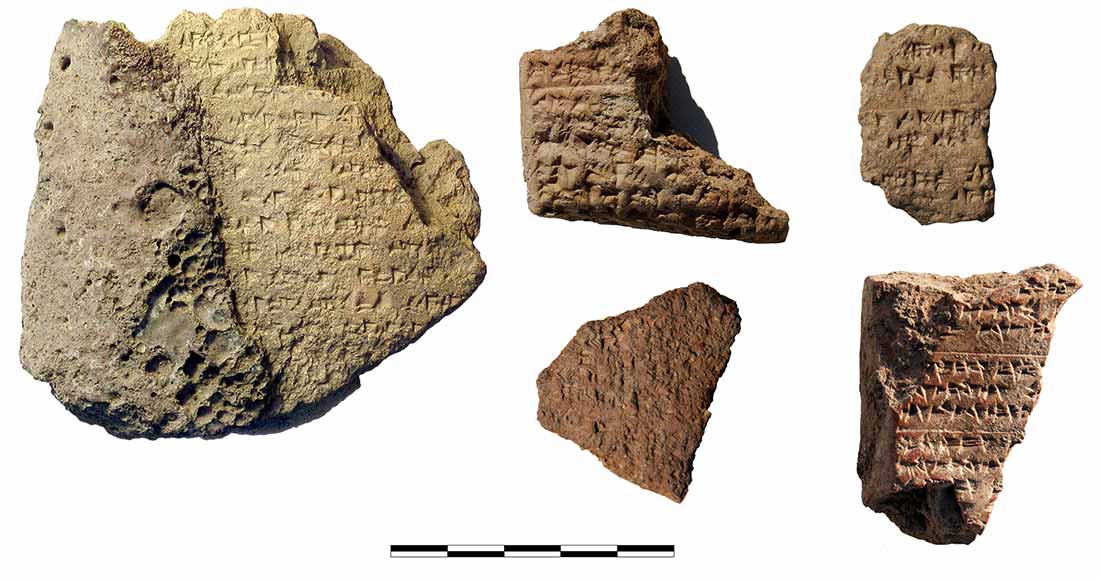 5 fragments of cuneiform tablets from the surface

Six fragments of tablets bearing cuneiform script in the Hittite language and dating to the 14th-13th centuries B.C. were found during the survey and excavations. Different kinds of documents had been identified. UK.09.E2 is a mythological text which, according to Franca Pecchioli, could have been part of the so-called Kumarbi cycle. UK14.E.3 preserves part of a festival with marked influences from the area of in southern Anatolia. This festival was celebrated by the queen and the priest AZU for the goddess Ištar, accompanied by her adepts, Ninatta and Kulitta. UK.15.E.62 preserves the typical terminology of auguries, the text appearing for use a more ancient ductus than the other fragments. UK12.E.3, UK12.E.4 and UK12.E.5 are administrative letters. The names of the writers and addressees of these letters have been lost, but fragment UK12.E.3 preserves the salutation formula typical of letters exchanged between functionaries of the same rank and the reciprocal designation “brother mine”.